It has been a long time since the team here at Game Reviews have been able to review a bike riding game as they are not that common and after playing the all new Tour De France 2012 game we have to say we hope more come along like this very soon as we enjoyed every minute of reviewing it. The game thrusts players into the fast paced world of professional bike riding as they enter one the worlds most famous and best known riding competition which takes place across the country of France. Right from the word go this game is completely captivating as you will be faced with some very stiff opposition as you race through all of the stages within the race.

The game play is basically set on a bar system where players will be given a full stamina bar at the start of the race which they must do their best to keep intact as long as possible. If the racer goes too fast at any stage the bar will drop and you will find your speed will also drop to which can have dramatic consequences.

The graphics of the game are also very good and do the job perfectly as the experience is very similar to watching the race on television which is a great coup by Cyanide studios. Very good game all round and we are sure fans of the sporting genre will have many hours of fun putting the game through its paces.

We have compiled a Review System for this, of which Tour De France 2012 is rated as Four Stars, the second highest possible score from the Game Reviews Team. 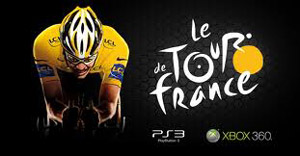