Well we have been treated to some fantastic zombie based platform games over the years so when we first found out about the new Zombiu game from the team at Ubisoft we wondered what would this new game offer that was different to the rest. This is why we attended an advance preview of this game so we could give you the best details possible on the game and we have to say we were mesmerized by the game as it was unlike any we had seen before from this genre. Zombiu takes the usual blood fest zombie game to whole new levels and is one of the goriest games we have seen this year as it is filled with some of the most highly detailed violence scenes of any game and is just so realistic it is like watching night of the living dead.

The game is filled with many levels which are generally dark streets and warehouses where the dead have come back to life and are running riot across the city. The gamer must lead him and his companions through these streets as they attempt to flee the area before the government nukes the whole area. One of the most eye catching features of this game is the way the graphics have been created as they are extremely realistic and very detailed with heads being ripped off and guts spread all over the floor. The game is also very scary and we can imagine the effect it would have on midnight gamers as we could see you all running for cover behind the couch when the game kicks through. 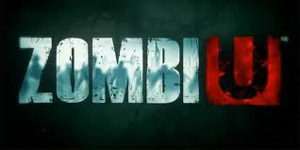 There are so many levels to complete and bonus rounds that we are absolutely certain this title will be well worth the wait and money. Great game all round and we cannot recommend it enough to you and well done Ubisoft.

We have compiled a Review System for this, of which Zombiu is rated as Five Stars, the highest possible score from the Game Reviews team.