The Last of Us

The Last of Us Game Review

The Last of Us is an all new game from the creators of Uncharted and Jak and Daxter that has been talked about greatly ever since it was first released that the game was under construction as many people wondered how this company could improve on what they have delivered before. Naughty Dog Games though have outdone themselves with this all new game as from the word go we were immediately impressed by just how good this game was in more ways than one. The game is an all out adventure game on the lines of Tomb Raider where players are drawn across many different levels where they must use all of their skills to complete various tasks.

The concept of the game is fantastic and it breaks completely away from games that have come before to deliver a completely fresh game that is one of the most entertaining we have seen from this genre. Naughty Dog have also done a brilliant job with the visuals of this game as many of the levels are so well designed that they can look like a scene from a movie which is exactly what gamers wish in their games. Game play again is immense as it offers many hours of fun which can be undertaken by any level of gamer as there are many step by step tutorials available throughout the game. 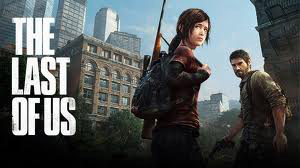 What we will say about this game is do not play it if you are in a rush as we found out once you pop you just cannot stop and this is why the Game Reviews team love this game so much.

We have compiled a Review System for this , of which The Last of Us is Rated as Four Stars, the second highest possible score from the Game Reviews Team.

The website address for Naughty Dog Games is: http://www.naughtydog.com/

The website address for The Last of Us is: http://thelastofus.com/agegate.html