Dead or Alive 5 is the game that everyone was talking about when it was first released and after playing it for some time I can see what they were talking about in many ways but I did not find it to be the best of the bunch. Ok it has much improved graphics and game play but the game itself lacks creativity and imagination when compared to its previous editions which greatly reduces the games enjoyment.

We have also compiled a Review System for this, of which Dead or Alive 5 is Rated as Three Stars, the third highest possible score available from the Game Review Team. 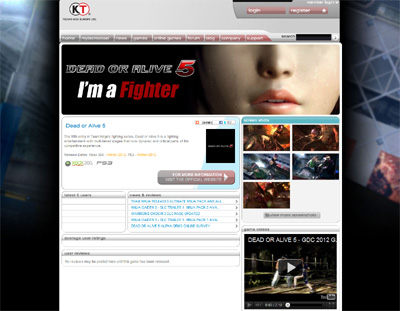