Madden NFL 2010 is an absolutely fantastic game that I have spent many hours at a time playing and still enjoy it now as much as I did when I first opened the box. The graphics are superb and the game play as you would expect is just as good so well done Ea Games on another terrific release.

We have also compiled a Review System for this, of which Madden NFL 2010 is Rated as Five Stars, the highest possible score available from the Game Review Team. 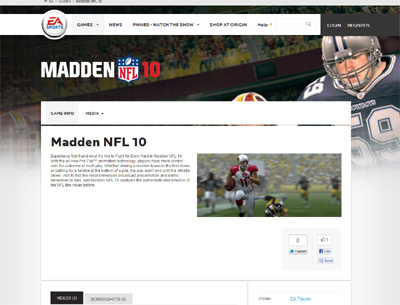