Generator Rex is an all new game that has been highly anticipated across the gaming world from the award winning team at Activision. The game itself is very good in many ways such as the graphics and design but it also lacks in many areas such as the story line and game play which really lets the game down. Good all round game for the kids but nothing special.

We have also compiled a Review System for this, of which Generator Rex is Rated as Four Stars, the second highest possible score available from the Game Review Team. 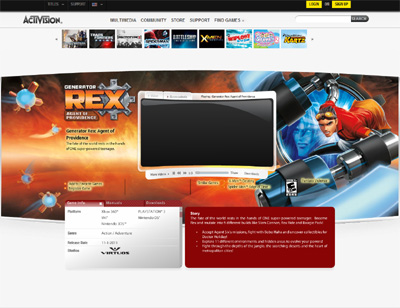