Shattered Union thrusts players into the middle of a world plagued by terrorism where the threat of nuclear destruction is evident each day. I found the game itself and the graphics and game play to be some of the best out of all the games I have reviewed this year and the concept of the story is very current with the way the world is right now hich makes the game even more interesting and entertaining.

We have also compiled a Review System for this, of which Shattered Union is Rated as Four Stars, the second highest possible score available from the Game Review Team. 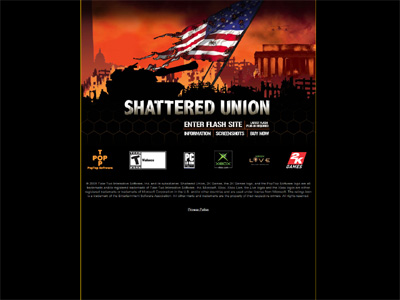