Ghost Recon Future Soldier is the latest edition of the extremely popular and multi award winning battle simulation game from the team at Ubisoft. This all new game is definitely one of the most creative and engrossing titles of the series and has some of the best graphical content I have seen in a war based game. It is definitely worth buying and I cannot recommend the game enough to fans of the genre.

We have also compiled a Review System for this, of which Ghost Recon Future Soldier is Rated as Five Stars, the highest possible score available from the Game Review Team. 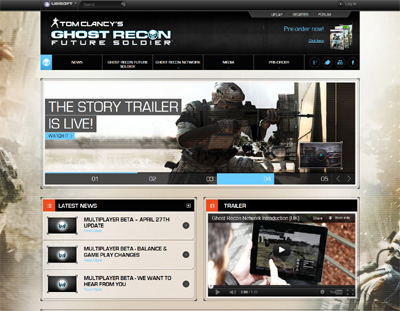