What we found from this new role play game from Piranha Bites Games is that it is pretty similar to the first edition that we have played. We found the Gothic 2 game to be pretty average right from the start as it added few new concepts or any other features which are noteworthy from the original game. The game play of the game is very basic which really do effect the enjoyment of the game with vanishing characters between levels and much more.

The best part of the game which save it from the lowest rating is the graphics as they are good all round with beautiful colours and highly detailed landscpaes and locations. Overall we were just so disappointed with this title and feel that many of our readers would be also hence our very low rating for this game.

We have compiled a Review System for this, of which Gothic 2 is Rated as Two Stars, the second lowest possible score from the Game Reviews Team. 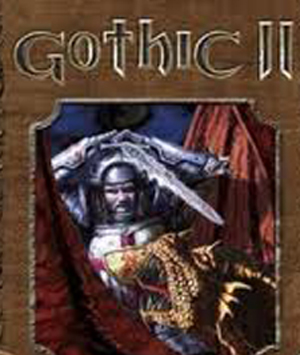