If you are a fan of the military based tactical game then have we found one of the best ever games for you in the shape of the third edition of the Arma series as it is simply breathtaking right from the word go. What this game provides is one of the most realistic and life like combat games which brings fast paced action and battles that will literally blow your socks off.

Arma 3 Players will be treated to many all new features that make the art of warfare so much more skilled and exciting as you position your military forces against your enemies across many different landscapes from sand covered battle fields to jungle warfare. After many hours of playing this new game we found it to be extremely interesting and offered so much detail unlike any we have seen before and it is truly amazing to put it mildly. We have played many games like this over the years but none have had the level of quality of this game as we found it to be outstanding.

The graphics are very good and run freely throughout the game which provides a breathtaking array of visuals that we could never have imagined possible. In summary this game is certainly one to have if this style of game is your thing as we know full well you will love it.

We have compiled a Review System for this, of which Arma 3 is Rated as Five Stars, the highest possible score from the Game Reviews Team. 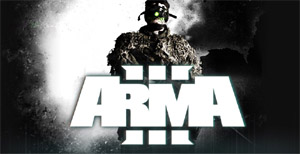