Realm of The Mad God

The role play genre has fast become one of the most popular type of game with gamers all over the world as it gives the player the chance to step out of  their shoes and into someone elses as they hunt for fun and excitement. Realm of The Mad God is definitely one of the most interesting of these games we have played so far as the concept is extremely revolutionary to say the least and has many twists and turns that keep gamers on the edge of their seats for hours on end.

The game takes players into the middle of a style progression game where they must undertake many medieval challenges as they try to uncover many different legends which have been throughout the land for many years. The creators Kabam games have done a fantastic job with the graphics of this game as for a role play game they are quite sophisticated and high tech which is great to see and only adds to the overall fell of the game. Like with all role play games game play is where it is at in this game as after many hours of reviewing this title we had so much fun that we just could not put it down which is always a sign of a great game.

We have compiled a Review System for this, of which Realm of The Mad God is Rated as Five Stars, the highest possible score from the Game Review Team. 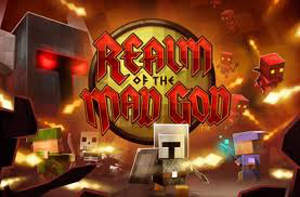 The website address for Realm of The Mad God is: http://www.realmofthemadgod.com/