Ever since April 14th, 1912 the mystery of the titanic has been a global phenomenon as after it was sunk by a huge iceberg people have always wanted to know exactly how this happened. Now with technology improving we are able to explore the wreckage of the worlds most favourite cruise liner and this is what Hidden Expedition Titanic lets the gamer do.

Players will be able to dive down to the wreckage of this ship and then solve many different puzzles and mysteries that have been at the bottom of the Atlantic ocean for over a century. As we have always been interested about the history of the titanic the chance to review this game was very enticing and we have to say the game did not disappoint us in any way, shape or form.

Right from the word go we were mesmerized by the game as it contains such a high volume of detail that makes it so believable and we had so much fun playing it. All in all this game is well worth adding to your collection as we are sure any fan of this story will love it just as much as we do.

We have compiled a Review System for this, of which Hidden Expedition Titanic is Rated as Five Stars, the highest possible score from the Game Review Team. 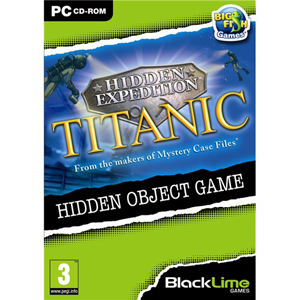 The Website address for Black Lime Games is: http://www.blacklimegames.com

The Website address for Hidden Expedition Titanic is: http://www.blacklimegames.com/store/mystery-case-files-titanic.html