We have seen some really interesting games for the PC platform in recent times but none more so than this all new game named Krater from Fatshark Games as it offers so much for such a small price and is great value throughout. The game is set in post apocalyptic Sweden and is a role play game with an overview of the whole game that has been influenced by games such as Dungeon Siege which was a great hit itself.

The game requires gamers to work their way around many different levels whilst positioning their forces at strategic points across the country. You will need to be at the top of your game to solve many of the puzzles and mysteries that you will find in the game is we found them to be quite hard and provided us with a stern challenge. Graphically the game is nothing special and if we are honest it could have been made much better if the time had been taken to do so.

Game play is one of the most beneficial aspects of the game as we found it to be very entertaining and great fun and we can see it doing pretty well with fans of this genre.

The game is available on the following platforms:
Computer/PC.Laptop

We have compiled a Rating System for this, of which Krater is Rated as Four Stars, the second highest possible score from the Game Review Team. 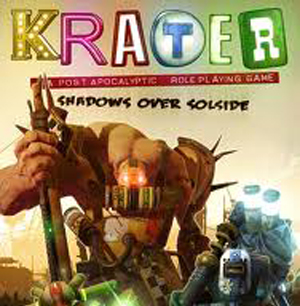