It has been some time since the original Lego Batman game was first received into the gaming world with open arms so the anticipation of this new edition has never been higher as fans of the game await another instalment from the award winning team at Lego. The all new Lego Batman 2 DC Super Heroes game takes off where the previous edition left off with the city of Gotham under constant attack from many evil villains who are hell bent on causing chaos throughout the city.

Players must guide the caped crusader against all of his most dangerous enemies including the joker and the penguin as they attempt to complete a variety of missions which will destroy their plans for world domination. The game has visuals that have never been seen before in a game like this and are remarkable in every way as it offers a completely 3D world which has no limits to the things that can be achieved. Travellers Tales who developed the game are well known for having a great amount of high end graphics in their games but even this brilliant company has excelled themselves with this creation as it is superb all the way through.

The game does not lack in the respect of game play either as every mission and task has been thought out perfectly to deliver one of the most realistic experience we have ever seen in a Lego game. We don’t think you will find any better than this game for quality and value and we are sure reading this will only add to the overall anticipation of the game. 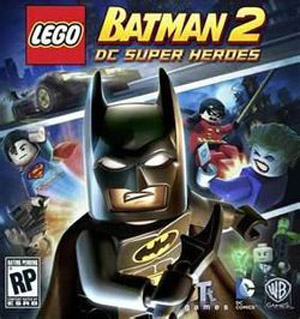 We have compiled a Review System for this, of which Lego Batman 2 is Rated as Four Stars, the second highest possible from the Game Review Team.