With the huge success of London 2012 this year, we just had to test the Xbox Olympic game, we were not disappointed. From start to finish the game was simply breath taking, with excellent game play and graphics to match.

This is the Official game also, so all of the sports that were held at London 2012, are included in this inspiring game, an array of sporting events are available that will knock your socks off. From the highs and lows of individual sport events from Running the 100 Metres to swimming in the olympic events, this game offers Excellent game play and enjoyability.

We found that the menus and general navigation were very easy to use, allowing more time playing the events, rather than trying to load the relevent games required. We have to say that this is probably the most thought out Olympic sporting based game that we as a team have ever experienced.

This game is highly recommend by our team, most especially to anyone that enjoys the frills of competing at the highlest level. World records are there to be broken, so we urge our readers to try this game and break the all time world records in the sporting events.

We have also compiled a Review System for this, of which London 2012 Olympic Game is Rated as Five Stars, which is a great score from the Game Review Team. 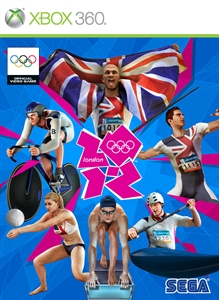