Mario and Sonic Olympics 2012 is a revolutionary new game that sees two of your favourite SEGA characters thrust into the competitive world of professional athletics. The game is simply flawless in every way and really brings out your competitive side as you strive to become the gold medal winner on the biggest stage in modern sports.

We have also compiled a Review System for this, of which Mario and Sonic Olympics 2012 is Rated as Five Stars, the highest possible score available from the Game Review Team. 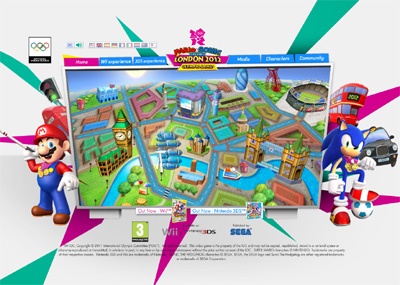 The Website address for Mario and Sonic Olympics 2012 is: http://www.olympicvideogames.com/mario-and-sonic-london-2012/#/Home