Vancouver 2010 is one of the most highly anticipated athletics game ever to be released and has had rave reviews ever since it first came out. The game features all the sports and competitions that are encased within the winter Olympics and after many hours of playing the game I can tell you to win it is not as easy as you might imagine.

We have also compiled a Review System for this, of which Vancouver 2010 is Rated as Three Stars, which is a great score from the Game Review Team. 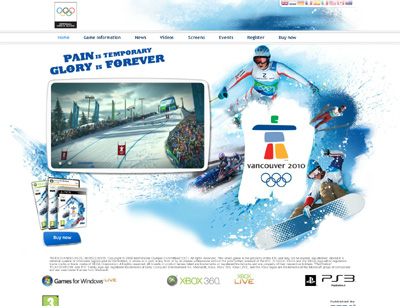