NBA 2K9 is a revolutionary new edition of the worlds best loved basketball game and trust me when I say it is one of the best I have ever played. The game allows players to challenge for the NBA title and lead their favourite teams all the way to the trophy and the rewards that come with it. The graphics are just superb and the game play is some of the most realistic I have ever seen in a sports game.

We have also compiled a Review System for this, of which NBA 2K9 is Rated as Five Stars, the highest possible score available from the Game Review Team. 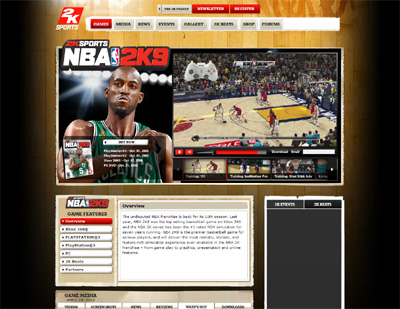