With so many role play games on offer to the gaming world choosing the right one for you can be the difference between hours of fun game play or minutes of disappointment so when we first got hold of the new Neptunes Pride game we hoped it would live up to its billing as a revolutionary role play game from the team at Iron Helmet Games.

Unfortunately we found out after playing this game that it is none of the above as it is very basic looking in the way of both graphics and game play and if we are honest does not bring anything unique to the table which is different to what we have seen before. Not to say the game is a total loss at all as it is quite good in many ways but only that it did not blow our socks off like we had expected. The graphics are very well created but with the way these games run we feel they did not have the chance to show of the full range of capabilities of them which was a real shame.

The game play is again good but nothing special and we found the story line to be so similar to other games that we did not enjoy it as much as we should have as previous games have delivered it much better than this game. In summary this game is ok but we feel you could do and find much better games if you looked.

We have compiled a Review System for this, of which Neptunes Pride is rated as Three Stars, the third highest possible score from the Game Reviews Team. 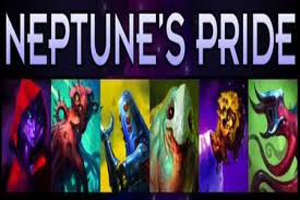 The website address for Iron Helmet Games is: http://www.ironhelmet.com/