When we first received the Victoria 2 game from Paradox Interactive we had great aspirations for this game as from everything we had seen about the game before its release it looked like it was going to be a real classic. Unfortunately this could not have been further from the truth as we found out after a few hours of attempting to enjoy this game.

Like many of the other games of this genre from Paradox Interactive this game looked sensational on the front of it but as soon as we began playing the game we found it highly disappointing which is a real shame. The game play is very basic and has no real substance to it with many aspects of the story line being rather mixed up and if we tell the truth very two dimensional. The best part of the game is the visuals which we have to say are quite stunning with highly detailed scenes and characters throughout the game.

It is a shame that this aspect could not have made the whole game better but unfortunately it could not and this is why the Game Reviews team have awarded this title an average rating.

We have compiled a Review System for this, of which Victoria 2 is Rated as Three Stars, the third highest score from the Game Reviews Team. 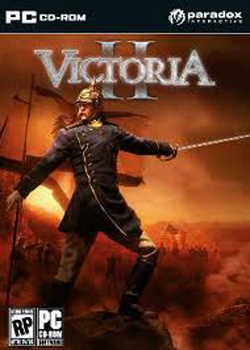