NHL 2010 is simply fantastic and still remains one of the favourite editions of this long running ice hockey franchise that has taken the world by storm. The game features all the worlds best known players and teams and lets you fight it out for the coveted title of national hockey champions.

We have also compiled a Review System for this, of which NHL 2010 is Rated as Four Stars, the second highest possible score available from the Game Review Team. 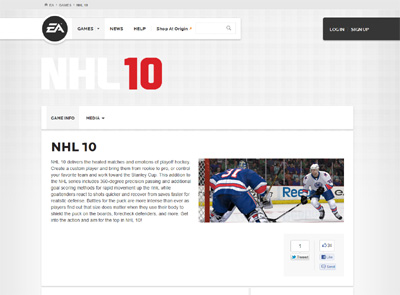