NHL 2K10 is still my favourite edition out of all the games releases over the past five years as it is by far the most realistic ice hockey game of that period. The game has stunning graphics and game play and will entangle you in a ferocious battle with your fellow players as you fight it out for the title of champion.

We have also compiled a Review System for this, of which NHL 2K10 is Rated as Three Stars, the third highest possible score available from the Game Review Team. 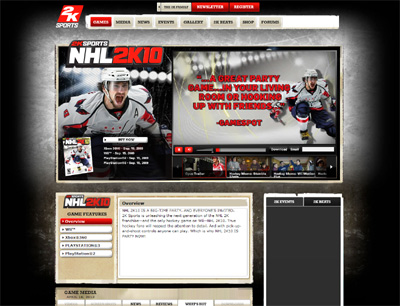