NHL 2K9 is an excellent ice hockey game from 2K Games that has taken the world by storm in the year of its release and has won many awards during this period. The game itself features all the latest NHL teams as well as allowing you to compete in all the various competitions within the ice hockey world. A truly fantastic game that is worth every penny in my humble opinion.

We have also compiled a Review System for this, of which NHL 2K9 is Rated as Four Stars, the second highest possible score available from the Game Review Team. 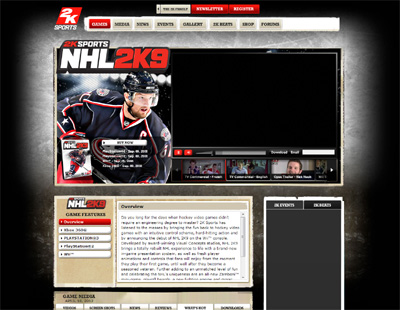