NHL 2K11 is the hockey game of the future and is available exclusively on the Nintendo Wii for the first time since 2007. The game features stunning graphics and game play and will be sure to have you captivated for hours on end with its addictive features such as sudden death and the eliminator.

We have also compiled a Review System for this, of which NHL 2K11 is Rated as Five Stars, the highest possible score available from the Game Review Team. 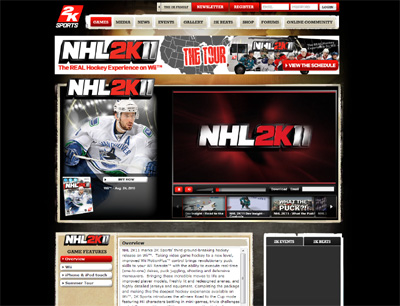