Race Pro is a new racing game from Namco Bandai that features many new race courses and cars from around the world. After playing the game for a couple of hours I was dismayed by the games lack in imagination and detail as it quickly became very repetitive which soon bored me. The graphics are ok but nothing special and the game play leaves a lot to be desired also.

We have also compiled a Review System for this, of which Race Pro is Rated as Two Stars, the second lowest possible score available from the Game Review Team. 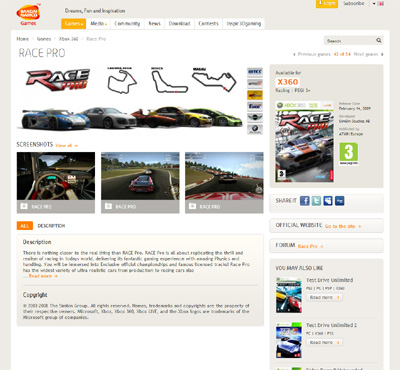