Samurai Warriors Chronicles for the Nintendo DS is an all new fighting based platform game that has been critically acclaimed as one of the greatest gaming creations of all time but for me it is far from this. The games graphics are very primitive and even though the game is for the DS they graphics should be much better which is a shame. I found the story line to be quite average and offered nothing special and I ended up turning the game off after a few hours of play.

We have also compiled a Review System for this, of which Samurai Warriors Chronicles is Rated as Three Stars, the third highest possible score available from the Game Review Team. 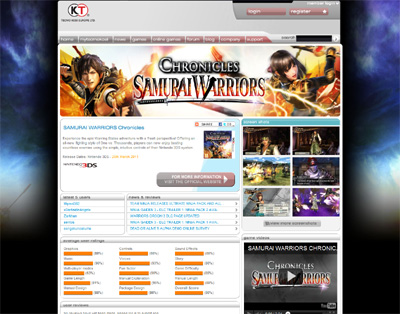