Super Star Kartz is an all new game from Dreamworks which sees players taken into a world not much different than Mario Kart in this epic racing bonanza. The game has very good graphics which depict the characters perfectly but the game play engine is not the best and it struggles during hectic parts of the game which is quite disappointing.

We have also compiled a Review System for this, of which Super Star Kartz is Rated as Three Stars, the third highest possible score available from the Game Review Team. 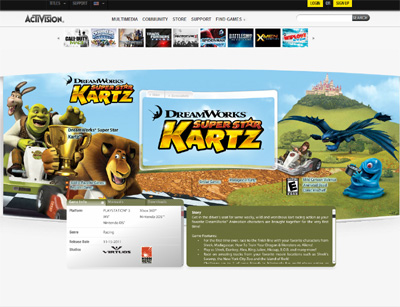