For those of you who absolutely loved the original Supreme Commander game this all new edition of the series will be like a dream come true as it has been improved so much that it is now one of the best games of this type we have ever had the chance to review and we love it. The game takes players into the hectic and fast paced world of professional combat as players are charged with leading their various military forces into battle against many different kinds of enemies. The aim of the game is to lead your troops into battle against your enemies with the ultimate view of gaining as much territory as possible from them.

Players will have an abundance of weaponry available to them such as infantry guns and heavy weaponry as well as lots of armour such as tanks, people carriers, helicopters and airplanes. The game has sensational grahics which make the game what it is today as these graphics give off so much realism that you could be frogiven for thinking you were watching a movie in some cases.

Game play is again sensational and in our opinion the best part of the game as no matter how long you play it for you always want to come back for more and this is why we rate this game so highly.

We have compiled a Review System for this, of which Supreme Commander 2 is rated as Three Stars, the third highest possible score from the Game Reviews Team. 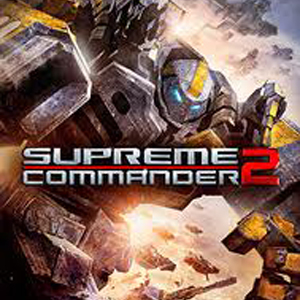