We have bee spoiled in many ways in the role play genre as we have had the industrial world of the Skyrim series to get stuck into for some time but forget about that for now as we have a game here that reaches all new heights for this genre.

The best thing about the Xenoblade Chronicles game is that it allows you to enter a world of fantasy and magic which is much more pleasing than the grey and dismal world of Skyrim. The graphics make all of the visuals jaw dropping good all the way through the game which brings an air of realism to the game which makes it so much better than any that have come before. The plot of the game has been thought out very well as everything throughout the game ties in together perfectly and offers a brilliant and addicted gaming experience you will never forget.

We certainly think this game is worth buying for role play game fans as we are pretty damn sure you will never look back.

We have compiled a Review System for this, of which Xenoblade Chronicles is Rated as Five Stars, the highest possible score from the Game Review Team. 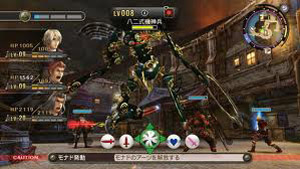