Academy of Champions is the all new football game that everyone has been talking about and has received many great reviews from across the video gaming world. The game allows you to teach your team all the tactics within football as you attempt to lead them to glory by winning the championship.

We have also compiled a Review System for this, of which Academy of Champions is Rated as Four Stars, the second highest possible score available from the Game Review Team. 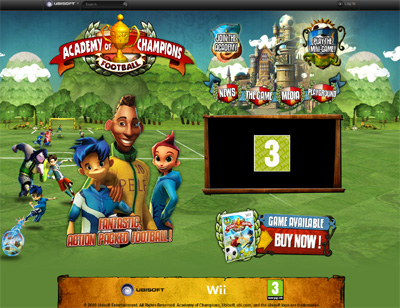 The Website address for Academy of Champions is: http://academyofchampions.uk.ubi.com/