Pro Evolution Soccer is the latest instalment of one of the most successful football games franchises in the gaming world today. The game itself features all the usual teams and national sides as well as all the major competitions such as the champions league and the world cup. The graphical content of the game has been much improved and is visually stunning making the whole experience that much more realistic.

The Game Review Team rate this quality football game as one of the best of all time.

The game is available for all of the following platforms.

We have also compiled a review system for this, of which PES 2012 is rated five stars, the highest possible rating from the Game Review Team. 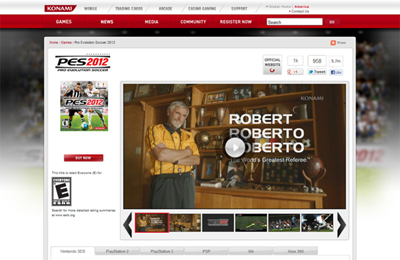