Well you fans of the F.I.F.A series of games we be glad to know we have finally reviewed this year’s edition of F.I.F.A 2013 and what we found was that it has improved on the previous game considerably if you can believe that is indeed possible. From the first moment we saw the game we could see just how much the graphics had been improved as the introduction scenes are so much more cosmetically pleasing than what we have seen before.

All of the characters and stadiums are also much more concise and accurate than before and with the all new ambient noise features that have been included in the game such as all new chants and crowd noises it makes the matches so much more realistic than we have ever seen before. The game itself contains everything you would expect from this series of games such as the ability to play in various domestic leagues and cup competitions as well as all the international tournaments you would expect. 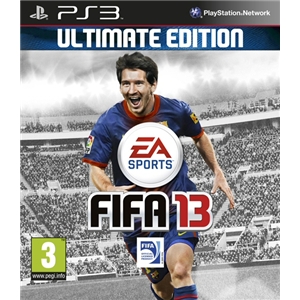 The game play we thought could never be improved after playing F.I.F.A 2012 as that was by far the best football game we had ever seen up until now but EA Sports have done the impossible and made this even better. The players are now much more free moving as well as the passing being far more accurate to the users controls than we ever thought could be achieved. We do not want to spoil the game too much for you so we will leave this review there with the final thought being if you love football and football games you will not be able to live with yourself if you do not get this game because it really is that good!

The Game Reviews Team rates this quality football game as one of the best of all time.

We have compiled a Review System for this, of which F.I.F.A 2013 is rated as Five Stars, the highest possible score from the Game Review Team.