It has been a long time since we have had the chance to play a great science fiction based role play game set in space so when we first received Darkspore we were extremely excited with the prospect of this game. The game you will be glad to hear did not disappoint in any way, shape or form as it does exactly what it says on the tin and does it very well indeed.

Darkspore is jam packed with action scenes where the player must decide where to deploy their forces as they strive from freedom against the invading alien forces who are attempting to take over the Earth’s territory and ultimately wipe us out of existence. The games graphics are some of the best we have seen for this type of game as they are extremely highly detailed with exceptional colour schemes and high definition screenshots and movies throughout the game.

The best point of this game is the fact that the game play is so addictive as we found that after only a few minutes we were completely enthralled within the game and we could just not put it down. Top game this from the team at EA Games and we cannot recommend it enough to all our readers as it is sensational.

We have compiled a Review System for this, of which Darkspore is Rated as Five Stars, the highest possible score from the Game Reviews Team. 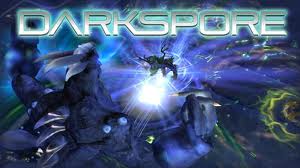