LMA Manager 2010 is still one of my favourite football management games of all time due to its simplistic outlook and ease of use. The game is not very complicated like many of its competitors which makes it that much more enjoyable to play. The game features all the current players of that year and all the official teams and is highly addictive.

We have also compiled a Review System for this, of which LMA Manager 2010 is Rated as Five Stars, the highest possible score available from the Game Review Team. 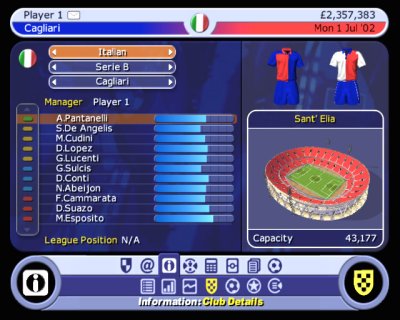