For those of you who played the past two editions from the Fear series the all new Fear 3 game looks set to be a huge hit as this series was by far one of the most successful first person shooter horror based games ever to be released. The game follows the same suit as the previous games with players being required to lead their crack team of military commandos into a hostile and down right freaky setting where there have been reports of supernatural activity which has been causing the residents great trouble for some time.

You must lead these troops into the saga and solve the mystery of why these supernatural beings are coming back and causing chaos. The graphics are very good throughout with highly detailed locations and characters that are very free running and look stunning all the way through the game. One of the most disappointing aspects of this game is the game play as it pretty much sticks to the same method as the previous games which is not too bad but with a new game you really do expect something new and this is where Fear 3 lets us all down.

We have compiled a Review System for this, of which Fear 3 is Rated as Four Stars, the second highest possible score from the Game Reviews Team. 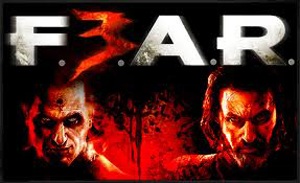