It has been a long time since we found a zombie based first person shooter game of the quality of Dead Island as it took us to whole new levels of fun and excitement throughout the game and the concept behind the game is completely revolutionary to say the least. The plot of the game is players are tasked with leading their character as well as his friends across an island which is inhabited by flesh eating zombies who have destroyed all life on the island and have transformed it into a barron wasteland.

The game features many scary and skin crawling levels which are filled with not only human zombies but also many evil and extremely dangerous creatures who have fallen foul of the evil undead. We found the game to be very exciting in every way and the game play within it is some of the best we have experienced this year as you are kept on your toes all the way through the game. As you would expect from a game created by Deepsilver Games the graphics are simply amazing in every aspect of the game from the basic surroundings to the highly detailed zombies and monsters.

This has to be one of the hottest games of the year so far and we have great hopes this game will take the world by storm as it most certainly did the Game Reviews team.

We have compiled a Review System for this, of which Dead Island is Rated as Four Stars, the second highest possible score from the Game Reviews Team. 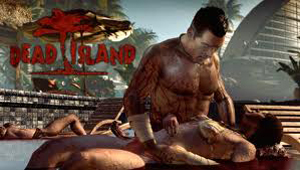