inFamous 2 is the second instalment of one of the most successful and popular games of last year and from the word go this title promised to be completely revolutionary and we have to say it did not fail to deliver in any way. The plot of the game sees players taking charge of Cole as once again he attempts to save the east coast from certain destruction at the hands of an evil being who is determined to destroy mankind.

The game has a completely compelling story line which takes you to all new heights of gaming pleasure as it is one of the most in-depth plots we have ever encountered. Sucker Punch Productions have also implemented some of the best graphical scenes to be seen in a game of this genre which are extremely high detail and provide a jaw dropping experience throughout the game.

Game play wise again this game is tremendous to put it mildly as every aspect of the story melts seamlessly together and all controls are easy to pick up even for the novice gamer.

We have compiled a Review System for this, of which inFamous 2 is Rated as Four Stars, the second highest possible score from the Game Reviews Team. 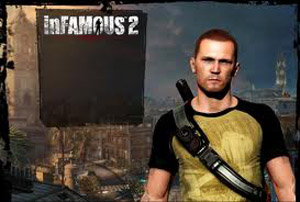 The website address of Sucker Punch Productions is: http://www.suckerpunch.com/