FIFA 2010 has been classed as the best football game of the year for the year it was released and sold more units than any previous football game to be released by EA Sports. The game is extremely smooth running and is sure to keep you captivated for hours on end with its superb graphics and game play.

The Game Review Team rate this quality Football game as one of the best ever to be released.

We have also compiled a Review System for this, of which FIFA 2010 is Rated as Four Stars, which is one of the highest available from the Game Review Team. 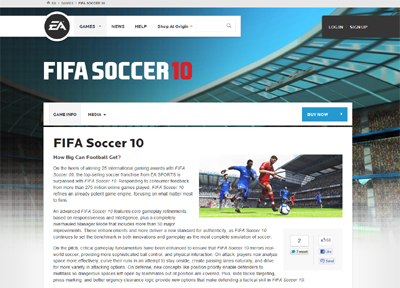