Pro Evolution Soccer 2011 has had great success around the world as it has been critically acclaimed as one of the finest footballing games ever to be released. The graphics on the game itself are much superior to any previous version of the game and are stunning in every way as well as having one of the best game play engines ever to be created.

The Game Review Team rate this quality Football game as one of the best available today.

The game is available on the following platforms.

We have compiled a Review System for this, of which PES 2011 is rated as Four Stars which is a great rating from the Game Review Team. 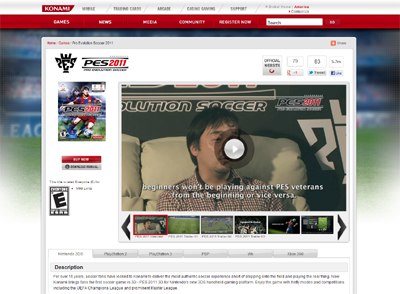