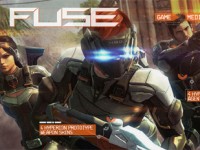 We have just finished reviewing the soon to be launched Sci Fi Game “Fuse”. This brilliant game encapsulates everything good about adventure games, bringing the world of the CIA and the Alien world into one thrilling game. The Game Reviews team rarely find a game that fits into three types of Genre, namely Science Fiction, Adventure and Shooting. The game is an absolute must for anyone who enjoys a thrilling challenge, as the diverse levels and general game play stretch you beyond any other type of game. To say that we rate this game highly is an understatement, it really is a Fantastic game that is due to be launched around the world in May 2013.

The game hosts an array of elements to enjoy, such as Lethal Teamwork, planning attacks and of course selection the wide selection of weapons that are required to complete the games complex challenges. The sounds are quite exceptional as well as the brilliant graphics and effects, a real joy to play.

The main concept of this game is to ensure the alien technology Fuse is not used by the wrong people, whilst planning attacks and other combat related tactics, especially as the player is a CIA Government Agent. The game also features some great upgrade features for weapons and abilities, ensuring a great all round gaming experience for anyone who dares to take on this great challenge.  The game allows players to join up in groups of three to take on the challenges, which is a fantastic feature and ensures good teamwork is maintained in combating the challenges.

We have also compiled a Review System for this, of which the Fuse Game Review is Rated as Five Stars, the highest possible score available from the Game Reviews Team. 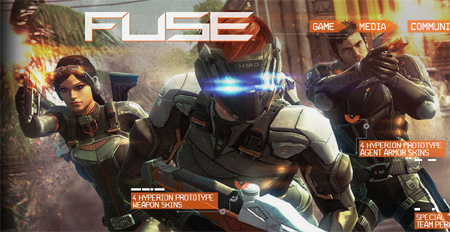 The Website address for the Fuse Game is: http://www.insomniacgames.com/games/fuse/#/home