After the huge success of Dead Space 2 which was one of the games of the year last year the thought of playing the new edition was one of the most exciting we have had for quite some time and the game did not fail to impress in any way when we first saw it at a preview event.

Dead Space 3 is a virtual carbon cope of Dead Space 2 but there have been some very beneficial changes to the make up of the game which make it so much more enjoyable than we thought possible. The graphics in the game are some of the best we have seen from this series as every aspect of it is delivered in a jaw dropping and visually stunning way which offers the most realistic environment you could have wished for in this game.

The game is also very scary indeed with aliens and other horrible creatures coming at you thick and fast through the entirety of the game. Game play wise we were very impressed as it literally has everything you could wish for in a science fiction shooter game and this is why we rate it so highly.

The price for this game is Rated as Standard for this type of game.

We have compiled a Review System for this, of which Dead Space 3 is Rated as Five Stars, the highest possible score possible from the Game Reviews Team. 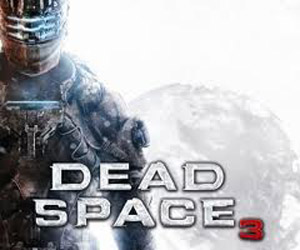