One of the hottest games releases of the year has finally landed on our doorsteps and with this all new edition of the resistance series we have been treated to one of the best games of this kind we have ever seen so far in our careers. Resistance 3 is an all out action adventure game which takes place in a futuristic world where aliens and humans live together in harmony.

Well that is supposed to be the way it happens but now as time has gone on the alien hordes have now chosen to take the planet for themselves and players are required to lead the resistance against them. The game has brilliant graphics throughout that are some of the best we have seen from this series as they are highly detailed and so realistic. Game play can become quite confusing in this game as at times there is so much going on it can be hard to keep track of which can be very annoying from time to time as you easily miss important things.

All in all we have to say we really did enjoy reviewing this game and are sure that all of our readers will love this game even though it has some minor faults.

We have compiled a Review System for this, of which Resistance 3 is Rated as Four Stars, the second highest possible score from the Game Reviews Team. 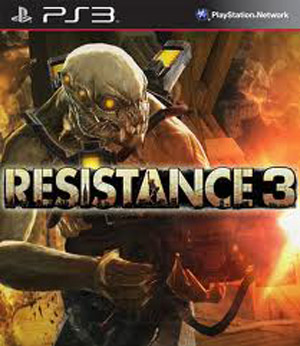