Legends of Wrestlemania sees the return of some of the biggest names in wrestling entertainment with characters such as Hulk Hogan, The Ultimate Warrior and of course Andre the Giant making a well deserved return to the ring. The game has great graphical content and game play and is very addictive indeed as you beat you friends to a pulp.

We have also compiled a Review System for this, of which Legends of Wrestlemania is Rated as Four Stars, the second highest possible score available from the Game Review Team. 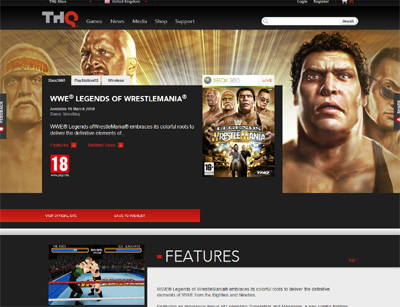 The Website address for Legends of Wrestlemania is: http://www.thq.com/uk/wwe-legends-of-wrestlemania/360