WWE Smackdown Vs Raw 2010 is an absolutely brilliant edition of the game that has kept me glued to the screen for hours on end trying to win all of the titles. The game contains great graphics which make the characters more life like than ever and the game is very smooth all round. Truly excellent game that deserves the four stars we have given it.

We have also compiled a Review System for this, of which WWE Smackdown Vs Raw 2010 is Rated as Four Stars, the second highest possible score available from the Game Review Team. 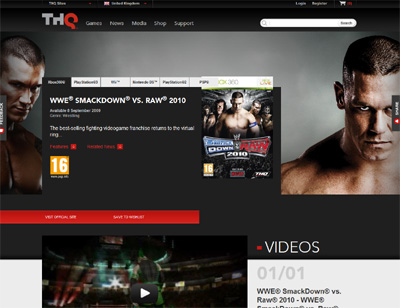 The Website address for WWE Smackdown Vs Raw 2010 is: http://www.thq.com/uk/wwe-smackdown-vs-raw-2010