WWE Smackdown Vs Raw 2011 sees the return of one of the largest franchise in sports entertainment and features all of your favourite WWE characters. The game is very easy to master as are the controls and this coupled with the excellent graphics makes this one of the best gaming experiences of the year.

We have also compiled a Review System for this, of which WWE Smackdown Vs Raw 2011 is Rated as Five Stars, the highest possible score available from the Game Review Team. 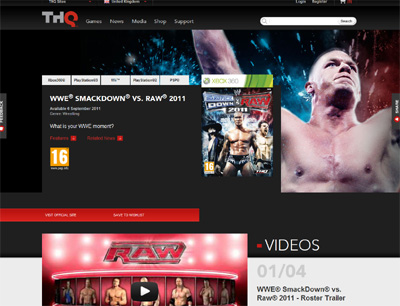 The Website address for WWE Smackdown Vs Raw 2011 is: http://www.thq.com/uk/wwe-smackdown-vs-raw-2011