The latest version of the WWE Console game will be launched on 1st November 2012, and what a game WWE 13 is, packed with fantastic game play.

The Game Reviews team have been taking a close review of this classic sports game, due to the high success of the previous editions we would wait to test this all time classic game. The WWE Live experience within the game is spetaculor in everyway, with all the excitement you would expect as if you were there in the Ring and as a spectator.

The overall sounds within this game are great, they are very realistic and are on a parr with the quality of the graphics, which is always a good point for games of this genre. The overall game play was excellent, with great career mode options and very unpredicable elements to the wrestling events. This factor alone highlights just how much the development team at THQ have thought about improving the gaming experience for the end user.

The graphical transitions are incredible, much clearer and sharper than the previous editions, of which were good enough then, however WWE 13 really is a great improvement on those editions. The usual Wrestlers are included with names such as Steve Austin and The Undertaker, all with great finishing moves and individual talents.

We have been very impressed with this new edition and highly recommend anyone who loves Wrestling to buy this all time great, a great addition to anyones Console game library.

We have also compiled a Review System for this, of which the WWE 13 Game is Rated as Five Stars, the highest possible score available from the Game Review Team. 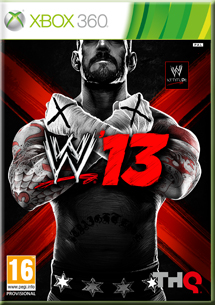