Pro Evolution Soccer 2010 is an iconic football game that saw excellent success around the world when it was released back in 2010. The game features some of the best graphical content and game play engine of any game of its type and sold more units than any previous game from the makers Konami.

The Game Review Team rate this quality Football game as one of the best of all time in the football genre.

We have also compiled a Review System for this, of which PES 2010 is Rated as Four Stars which is a great score from the Game Review Team. 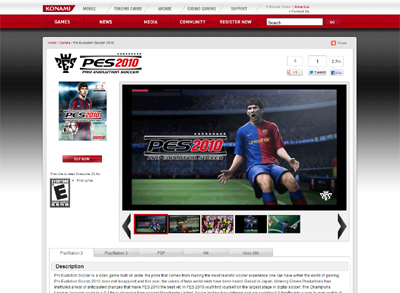