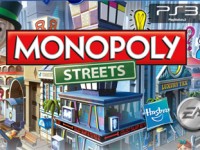 As you all know Monopoly is board game that has been a family tradition for many of years now, except the game usually lasts far too long and when you get into it you don’t want to stop “it’s that addictive”. Well now it’s an interactive game with Monopoly Streets, you can now play against other people online from around the world, fighting for auctions at your very own property auction. This element of Game Play adds to the excitement levels compared to the typical classic board game, making this game much more fun to play.

This new way of playing Monopoly Streets has definitely made an impact, it gives a more real life feel to it as it’s based in a city with cartoon character, which you get to choose which one you want to be. You throw a dice and then the character will move along with the chosen (boot,dog,car) item. If you play online with your mates you can bet against each other to win properties, we believe that this is very entertaining and changes the way you play monopoly with a great new vibe. As well as having a great vibe, great characters and gameplay are also an integral part to this great game. No to mention how precise the graphics are, the indepth detail is really fantastic, offering a very modern and realistic feel to the end user.

As it’s based in a city you get to move around just like the board game, but the detail in the city is what we were mostly impressed with. It has the exact detail you would wish for or like to see from as a city itself, ensuring a fantastic gaming experience to all Monopoly and London enthusiasts around the world.

We have also compiled a Review System for this, of which  Monopoly Streets is Rated as Five Stars, the highest possible score available from the Game Reviews Team. 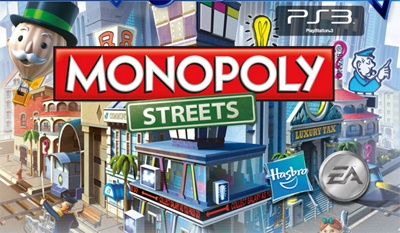 The Google Shortener details can be viewed here