It has been a long time coming but Paradox Interactive now bring you the forth edition of the strategy based game that has changed the way we look at games from this genre. Europa Universalis 4 for those of you who have not had the pleasure of playing any of the previous editions is an empire building game which allows players to lead their countries military forces across the world in search of new colonies.

We have never been that big fans of contemporary historical games but we have made an exception for this series as every single edition we have played has performed perfectly and been highly entertaining in every way. The game features beautifully crafted graphics which really do depict the setting of the game perfectly and with a continuity that has never been matched in any other game from this genre.

The game is so realistic and great fun to play and we are sure it will be a huge hit with gamers all over the world.

We have compiled a Review System for this, of which Europa Universalis 4 is Rated as Five Stars, the highest possible score from the Game Reviews Team. 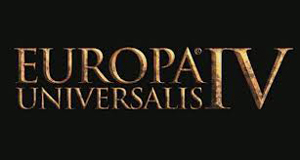