Well one of the most highly anticipated and long awaited football games is nearly upon us so as you can imagine we were thrilled to be part of a preview session to view Pro Evolution Soccer 2013 last week. We went to the viewing with all the anticipation you would expect from football game junkies and we did not leave disappointed as the game proved to be a very good improvement on last years edition which we felt was lacking in certain areas. The game looks to have improved in many areas with the most noticeable being the game play as there were many faults with this issue in the previous edition.

Now though, it looks as if all the bugs which affected the game have been eliminated and the game loos to have benefited greatly from this fact. All of the game play and player movements are now so much more accurate and allow the gamer to actually pass the ball where he wishes with pin point accuracy. The game seems much quicker and smoother running now also with goals galore being smashed in from almost anywhere. 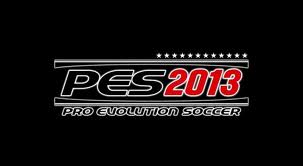 Graphically again this game has come on leaps and bounds as everything is now seen in a much greater detail which only adds to the overall experience of the game. All of the usual competitions are encased within the game such as international and domestic cup and league competitions as well as the legendary master league facility. Overall this game is brilliant and we have to take our hats off to the team at Konami as they have hit all new highs with this great title and we cannot wait until it is unleashed on the gaming world.

The Game Reviews Team rates this quality game as one of the best of all time.

The price for the game is rated as Standard for this type of game.

We have compiled a Review System for this, of which Pro Evolution Soccer 2013 has been Rated as Five Stars, the highest possible score from the Game Reviews Team.

The website address for Pro Evolution Soccer 2013 is: http://www.konami-pes2013.com/